"The End of Politicians: Time for a Real Democracy" 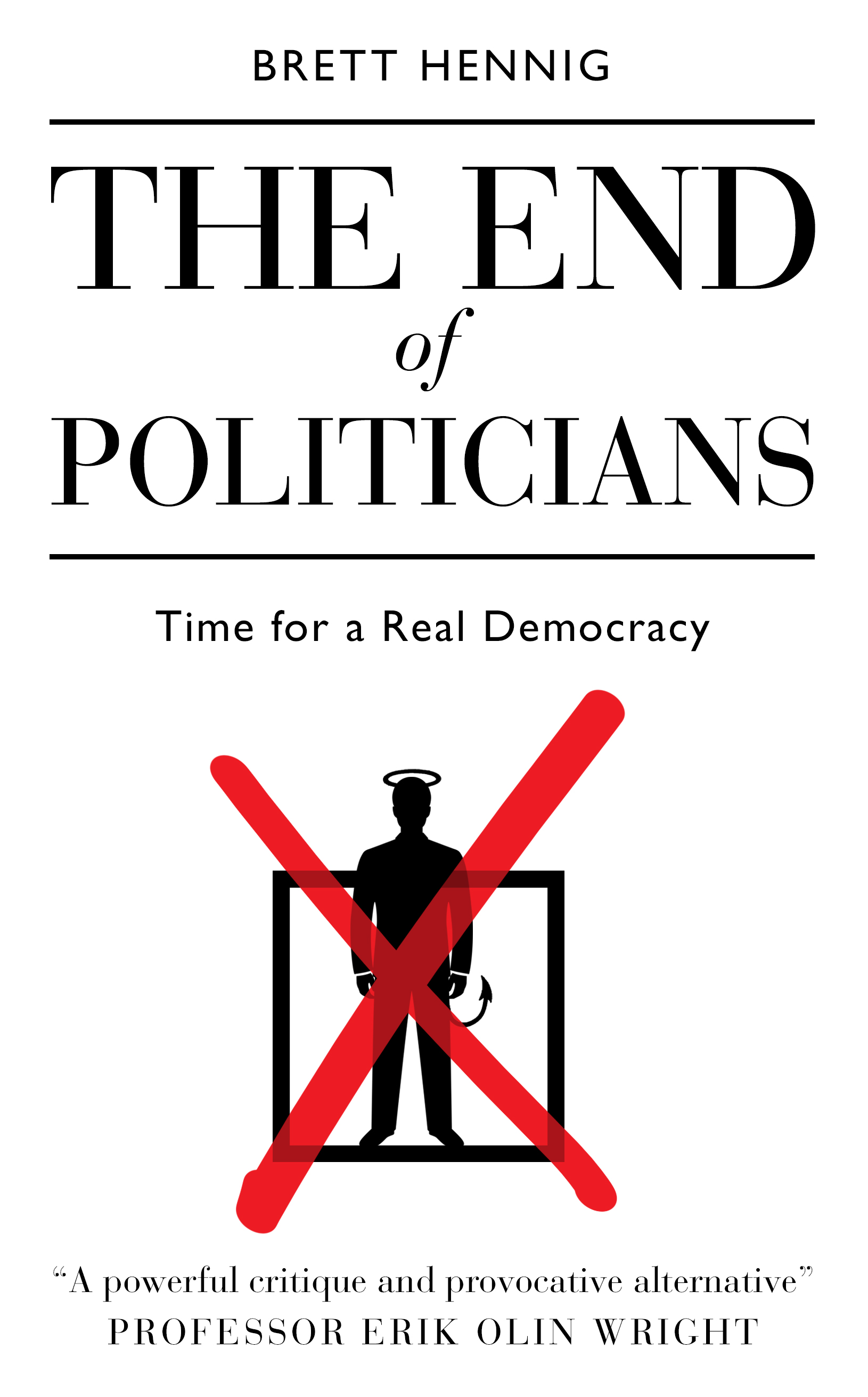 "An energy drink for social action"

"A book for visionaries"

"A powerful critique and provocative alternative"

Or see the launch video for the book:

Our politics is broken, but it can be fixed.

A real democracy is not only possible — it is an urgent necessity.

Provocative, succinct and inspiring, The End of Politicians combines insights from the history of democracy with a critical understanding of the information revolution to explain how we can fix democracy by eliminating politicians and replacing them with a representative network of everyday citizens.

A wealth of recent evidence has shown that groups of randomly selected, ordinary people can and do make balanced, informed and trusted decisions. These citizens' assemblies are legitimate, accountable, competent and, above all, convincing demonstrations that we can govern ourselves.

The future of democracy has arrived. It is time for the end of politicians.

Darn! This is the book I wish I had written. Compelling, inspiring, evidence-based. Hennig explains how democracy got us into this mess, and how we can fix it.

– Professor Lyn Carson, The University of Sydney, Director of the newDemocracy Foundation

Politics as we know it today is evidently broken. In "The End of Politicians" Brett Hennig uses startling research to point towards the solutions and who the great politicians of the future may be. You will probably be surprised to know, that's you! Essential analysis put together in a remarkably accessible way. A book for visionaries.

Electoral democracy isn't a real, 'one person - one vote' democracy; we the people don't actually rule. Let's go with Brett Hennig - let's institute sortition to select our legislatures: not as a panacea, but as an essential step on the road to real democracy.

Do you believe holding elections every couple of years means you live in a democracy? Short, powerfully argued and carefully researched, Hennig shows how elections have for a long time been known to serve the interests of the powerful – and how ordinary citizens can regain control of their government.

Hennig takes stock of democracy in the past and present. His bold assessment will enable us to step out of the shadows of the political elite. Hennig does not stop there, however. In a fast-forward to the future, he outlines ways and systems that will make the dream of democracy come true. This book is an energy drink for social action.

The End of Politicians provides a powerful critique of the democratic deficits inherent in all forms of electoral democracy. But it does much more than explore the undemocratic qualities of electoral democracy; it proposes a compelling and provocative alternative – the random selection of ordinary citizens to serve as fully empowered legislators. Whether one agrees with this or not, the clarity of the argument will generate productive debate.

Hennig has the right idea: Democracy requires innovation at any age, but especially this one. The End of Politicians doesn't call for an end to politics, but rather to antiquated institutions over-reliant on a small number of elected leaders. That system brought us this far, but Hennig reviews many of the alternatives that are already reshaping governance, by injecting the wider public back into public life – not as a mobilized mob, but through more deliberative bodies. Reading this book gives a glimpse of what's already changing and what lies on – or just beyond – the horizon of democratic political reform.